“It’s the most wonderful time of the year!” Hopefully you sang that line. I absolutely adore Christmas: the carols, the food, the festive cheer and the religious significance. Without the birth of Christ, there would be no Christianity. Of course, no one knows exactly when on the Gregorian calendar Christ was born, and the date chosen to commemorate His birth may have been to replace a pagan winter solstice feast centuries ago when Rome was trying to Christianize its populace, but nonetheless, the date has taken on a very special meaning for most Christians across the world. How Christmas is celebrated varies from country to country. A few posts ago I’d shared what several bloggers across the world had to say about their favourite part of the holidays here; now I’m sharing what’s unique to Christmas in Jamaica and my favourite parts about how we celebrate the holidays.

My favourite part is the food and drink! In Jamaica, Christmas or fruit cake is a tradition which starts early in the year. The fruits consist of finely chopped prunes, raisins, cherries, orange and lemon peel, and are soaked for weeks or even months in red label wine and/or white rum till they are completely saturated with the spirits. On that fateful day, they are baked to perfection. The characteristic dark brown colour is achieved with browning, a sauce made from boiled cane sugar which can be made from scratch but is sold commercially in Jamaica and usually bought. Sorrel drink is made from the sepals of sorrel (roselle), a kind of hibiscus flower seen on the cover of this blog post. It is boiled on the stove top to extract the flavour and colour from the blossoms then cooled, sweetened to taste and usually has ginger or even cloves added for spice, and good old white rum. It’s not Christmas until these two icons make it into the house even though many people these days are not making them from scratch but instead purchase at the supermarket. It’s almost bad manners to have guests over during the holidays and not offer them a slice of cake and a glass of sorrel.

Christmas Day breakfast is a traditional Jamaican breakfast, consisting of ackee and saltfish (our National Dish) and roasted breadfruit which is in season. A nice cup of hot chocolate with the oil on top made from local cacao chocolate balls completes the meal. The real star of the day, however, is the dinner! Typically eaten at lunch time (2 or 3pm), this is an extravagant meal for which the preparation can begin several days in advance. The gungo (pigeon) peas are shelled, the sorrel is already made and the ham may already be baked. These gungo peas replace kidney beans in the rice and peas dish, made with lots of love, coconut milk, pimento (allspice), Scotch bonnet pepper, thyme and scallions. The meat dishes may include ham, curry goat, chicken which can be prepared in various ways (baked, jerk, fried etc.), turkey or even escoveitch fish (fried fish served with a spicy vinegar sauce containing lots of onions, Scotch bonnet pepper and pimento berries). Other accompaniments include mashed potatoes, lasagna, fried plantains, steamed or raw vegetables and if fish is served, likely festivals (fried semi-sweet dough) and bammies (cassava bread which are steamed or fried). Most tables will have at least three meats, two starches and a salad.

Other treats to look forward to this season are egg nog and peppermint candy, and in recent years, the egg nog and sorrel seasonal ice cream flavours from our island’s most beloved ice cream franchise of Devon House. It doesn’t feel like Christmas for me anymore these past 2 years until I’ve had either one of these two flavours, and I return for as many scoops as I can get during the season until they’re off the menu. Y-U-M-M-Y!!! Several other companies have special Christmas menus too, and you can read about them here.

We decorate for Christmas just like everyone else with lights (known as pepper lights locally), Christmas trees and wreaths. The trees are either artificial plastic ones from the harberdashery or real pine trees felled from the Blue Mountains which smell lovely, but I don’t condone this practice due to the deforestation it promotes. Trees are being felled quicker than they can be replanted. Tree lighting ceremonies occur in major city parks such as in Downtown Kingston, and at large hotels such as Pegasus Hotel in New Kingston. Many malls and parks are lit up at nights with Christmas lights, such as Emancipation Park. It’s truly a beautiful sight. Several houses decorate on a smaller scale, but this practice is limited due to our expensive electricity bills in Jamaica. Nonetheless, the more affluent neighbourhoods do keep up with this tradition and it’s lovely driving by at nights and admiring the spectacle.

Jonkunno is one of Jamaica’s oldest dance forms complete with lots of music and costumes, and occurs at Christmas in Jamaica and the wider anglophone Caribbean. Jonkunno is a testimony to our rich African ancestry, and is blended with several Europen dance steps, but this tradition is quickly dying out. These masquerades are usually performed in towns and villages, and the traditional characters include King, Queen, Cow Head, Horse Head, Pitchy Patchy, Devil, Red Indian and Belly Woman. The masqueraders dance a series of jigs and polkas to the rhythm of bamboo fifes, drums and shakers, while trying to scare its audience. I haven’t seen a Jonkunno band in years, but I can recall being terrified several times by the devil and his pitchfork in childhood.

Grand Market is a special market held in the wee hours of the night on Christmas Eve, leading up until Christmas Day morning. It’s a massive outdoor informal market held on the steps of legitimate businesses and in the streets rendering vehicular traffic impassable as vendors peddle their wares to last-minute buyers from tarpaulins and makeshift stalls. It has become a firm part of the Jamaican Christmas experience, with parents carrying their children to purchase toys, food etc., and it’s usually a day of the year where they can get away with being noisy. There are several grand markets across the island, with the largest and best being kept in Parade, Downtown Kingston and Linstead, St. Catherine.

Later on Christmas Day morning, many Jamaicans will attend a special church service to celebrate the religious significance of the holiday, before going home to their families to prepare and devour the awesome meals previously mentioned. Lots of extended families only get together at this time of year. We play traditional carols, popular Christmas songs from American pop artistes like Mariah Carey, and several reggae carols get thrown into the mix.

Jamaica is 18° North of the Equator so our weather is year-round sunny. That means we have no snow or true winter, even though we do get some Christmas breeze from the North east trade winds which gives us cooler weather. Therefore, we can hit up the beaches on Boxing Day, the day right after Christmas. Boxing Day is usually the most crowded beach day of the entire year for Jamaicans. Boxing Day also marks the start of Jamaica’s pantomime season. The national pantomime has been running annually since the 1940s and is a musical play which makes satirical references to Jamaican folklore, history, politics or current events. The dialog is typically in Jamaican creole which can make it difficult for foreigners to understand, but it’s a must-see event at least once.

Just like that, this is the penultimate post of Blogmas 2020. It was truly a pleasure putting together all twelve posts of the series and I hope you’ve enjoyed reading them as much as I enjoyed putting them together.

As promised, I’m revealing the winners of my Christmas giveaways today. A hearty congratulations to the three lucky winners and thank you to everyone who took part in my first ever giveaway. Have yourselves a safe and blessed holiday season and I look forward to your continued readership and support in 2021 and beyond. 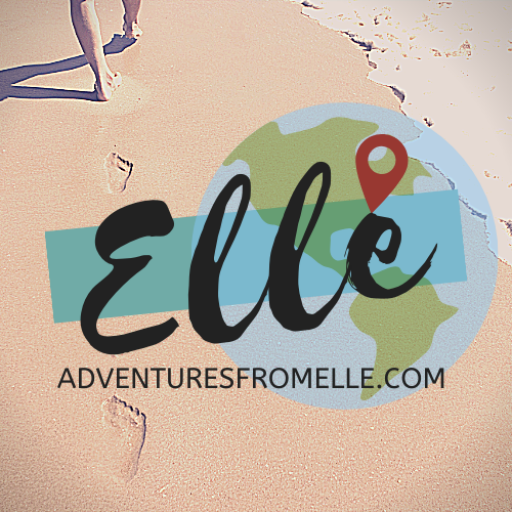 Thanks to everyone who has preordered my 1st eBook so far! ❤💚💛 Click the link in my bio to get your copy. (https://www.amazon.com/dp/B09PKYGDDH?ref_=pe_3052080_276849420)
"The only good system is a sound system." @kingstonreggaegarden
Always on the lookout for chillspots close to home, I'm happy I discovered @kingstonreggaegarden ! It's located in Golden Spring on the main road just after leaving the plazas, and marked by a red gate & sign so you shouldn't miss it. It's on the right if driving from the direction of Manor Park. [SAVE] this post.
These were the posts you guys loved the most this year!
Advertisements